He Raised More Than Ducks 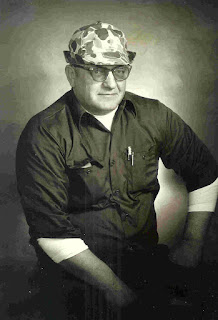 He was known as an "outlaw" for his personal interpretations on many subjects. Mainly for his views on the lands that surrounded him. One man, decades ago, who saw beauty in a marsh. Being a veterinarian he was in direct contact with all the local farmers, the majority of the landowners. Cropland was the only answer to just about all who owned a piece of the world. Cut it, drain it, and plant it. As the wetlands he grew to love diminished year by year he decided to go against the grain and give instead of take.
When a man tells a story of large flocks of waterfowl that would blacken out the sun with a tear in his eye you don't just listen. You're there. Through his passion you're placed right beside him as if you shared the same memory at that exact time. Then a moment of silence that made you feel like you were more at home than you have ever felt.
He was given more resistance than any one man could be given. Still, he stayed true to not only himself but to his dream. Most of us give up on our new years resolutions after the first few sit ups. It's too easy to make excuses. Joining many groups and organizations he struggled and fought to expose the need for our vanishing wetlands. Slowly people began to listen. Light began to creep into the once dark idea of purposely creating a marsh.
Years later he has become the creator of well over 100 wetlands in Minnesota and has received conservation awards. The list of accomplishments he has endured to himself and others around him is far greater than one could imagine.
From his visions of plentiful wildlife to his passion for all things living, I see so much of myself in him. He has been like a father to me and will always be my mentor. I will keep his dream alive, mentally and physically. I have learned more about myself standing in mud up to my knees surrounded by cattails than any other place. He has given me my life and the ability to explore what I am most passionate about. Who could have ever imagined a marsh could do all that? He did. Dr. P. John Komarek is my Grandfather and the best man I have ever known.
Posted by Unknown at 4:46 PM 5 comments: Links to this post