He Knew I Wasn't There 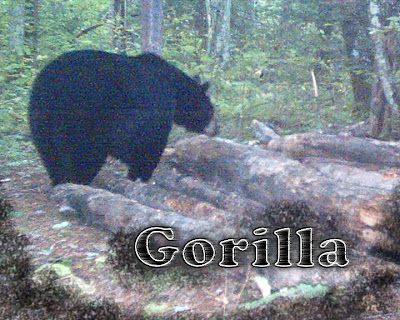 I've sweat, bled, carried, and swatted more bugs than I ever have. I poured my heart and soul into this hunt. I have never worked so hard to put an arrow into something in my life. No, I did not wack the Gorilla, but how is success measured? 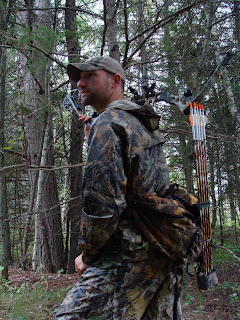 Carrying expired, and rather stinky, food deep into the big woods of northern Minnesota has become somewhat of a passion, make that an obsession, for me. I often wonder how such a thing could ever be so addictive. I guess it's because the ideal end result is an arrow hitting its mark and all the hard work is payed off with an experience like no other. A bear with the old string gun is one of the most incredible and rewarding accomplishments I have ever endured. I am an archery addict and will stop at nothing to get my fix.

The heat left my bait stations idol for the first week and a half of baiting. Frustrated and run down I waited for a cold front and got just that. On my next baiting trip I was pleased with the destruction of all stations. It looked as if some were bombed and I was nothing short of pumped. Hit baits and daylight bear pictures on the cameras, a certain recipe for success. The heat with falling acorns left my stations idol once again. Not to worry, another cold front was predicted for the first few days of hunting and it was going to be on.

Meanwhile, a certain bear really captured my soul. He was a giant or like the name I gave him, a Gorilla! He was the biggest black nasty I have ever seen, and he was visiting my bait station. More night time than daytime, but he did manage to show himself while the sun was still above the horizon. I wanted this bear in the worst of ways. He was anything but a regular and I did more than my best to pattern his appearances. I tried everything my mind allowed me to create. This didn't work so I tried that and when that didn't work I tried this. I sat seven hour shifts on stand and was completely devoured by the buzz of skeeters. They covered my body to the point that it was hard to even look at. So I didn't look and just focused on my surroundings. Awaiting the arrival of the Gorilla. On my last trip up my cameras told me he was here two out of the last three days. He was standing at my station at seven in the evening the day before I was there. I sat and sat and sat some more. He never came and I had to pull the plug. The picture I described is the picture above and is very difficult for me to look at. I stare at him with a void in my heart that only an archery bear could fill. 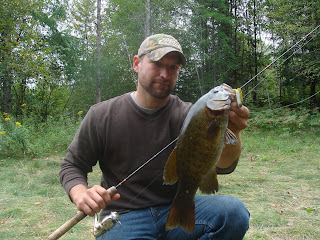 Day after day after day of nothingness takes a toll on a person. Do you keep getting up and heading out giving it your all? Physically and mentally, where do you find the strength? Please give me a sign, what am I doing wrong? These questions have haunted my thoughts for the past month. As a hunter you go through the roller coaster of emotions, but when the tracks straighten and the ride is over is when you learn what kind of an outdoorsman you really are. Success or no success, but how is success measured? I'll be honest, it hurts me beyond belief to not have harvested a bear again and being oh so close. The past few years have been a song all too familiar and this was going to be my year. Perhaps it is. Down inside I feel honored to have gotten a bear of this class into my station and to have only missed him by a single day. I don't have over a decade of experience chasing these majestic creatures which adds greatness to my accomplishments. A few days ago thoughts of new strategies for next year have already entered my ever evolving mind. This tells me I'm learning and in all reality that's what I'm out there tring to do. I feel more at home in a tent in the middle of no where than anywhere else I've ever been. I got lots of tent time and also managed to hook up with a few nice smallies on the river. When there isn't a roof over my head is when I'm at my best. This hunt gave me so much as an archer. Constantly strengthening my mental approach is number one and I have done just that and will continue to do so. Bear or no bear, my hunt was a complete success. That's how I measure success.
Posted by Unknown at 11:01 PM 3 comments: Links to this post