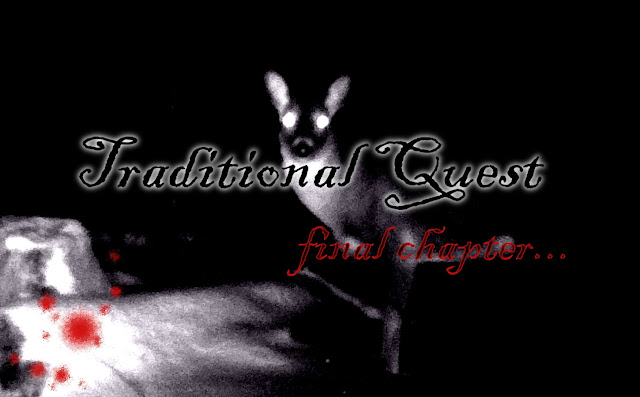 My heart is heavy and my mind is filled with disappointment. There has been highs and there has been lows. My journey has been memorable and I leave it with honor. I will face the Quest again...
The weather is going to get nasty again. Forecasts calling for over a foot of snow, gusting winds, followed by below zero temps. This means one thing to me. The deer will be on their feet. Everything is set up for me to have a repeat. Checking my cameras didn't reveal a whole lot for me. Only a few night photos. This didn't discourage me in the least bit. I knew they were going to be moving. During my daytime travels I had observed deer out feeding through out the day. This evening was lookin' great.
Choosing to sit the same stand I experience my last success in seemed like a no brainer. Upon arrival, there seemed to be a lack of past traffic. Yes, there were trails and tracks, but not quit like I had expected. No worries, I was confident in my choice. Shortly after settling in, turkeys skirted the field. They slipped back into the timber and went about their business.
My evening began to fade and the deer began to move. Three deer were heading right through the funnel directly to me. A doe yearling, a buck yearling, and a good shooter doe. The little ones passed right in front of me as I waited for her. She followed. Broadside at 17 yards. I stopped her, drew, and released. My arrow had gone off coarse and passed just underneath her. The deer scattered along with my brain. I couldn't believe I just did that. They didn't go far. The gathered their wits and calmed down. One of the yearlings got back on the trail and head back in front of me. Am I going to get another chance?
It was sure going to seem that way. I had planned to pass the yearling and try for her again. The yearling got to my arrow just off the trail, gave it a sniff and spooked again. Now, it's not looking like it. Again, the calmed and went around the arrow. Maybe I'll get that opprotunity after all. She passed threw my lane at about 26 yards this time. Standing broadside, this was my chance. I released another arrow. This time, I made contact. The shot was high. She let out a grunt and bolted. I could see the arrow on both side of her, which gave me confidence. The deer went along with her which could cause problems if I don't get good blood.
When I decided to to exit my stand I found nothing but where they bolted. I went home to get lights, a sled, and to give her some time. Returning, without any snow falling yet, I was worried. She carried the arrow, but I had that knot in my stomach. I found hair and nothing else. I followed only tracks through the snow, giving me not as much as a speck of blood. I would most definitely see it in the snow with the light, but nothing. Nothing high and nothing low. Poor blood trails are common with a high hit. I walked and walked with nothing for my efforts. The tracks and trails all met up and crossed over leaving me helpless. I back tracked again and again.
The snow has slowly started. The new 12 plus inches that was coming would more than cover everything. I believe I hit the "pocket". Below the spine and above the lungs. With a bit of luck I can only hope she makes it to see another day. I'll see what tomorrow brings, but with the weather starting, things don't look promising.
This is reality. The dark side of it. It is plain and simple a part of hunting, especially with traditional. The percentage of a missed placed shot is greater than any other way. This is why I tend to shy away from it and at the same time what draws me to it. Everything is intensified. I clearly need more practice, not because it happened, instead, to rebuilt confidence. Traditional archery is archery in its purest form. The animals, in my eyes, deserve the best of me. I plan to shoot and shoot some more. Will I bring the recurve on stand with me this year again? More than likely not. I have a lot of work to do so I am ready for the next Quest. A bear. This is my ultimate dream and have a lot to do before it comes.
My mission is still to fill my tags and I plan on doing so. As for doing it traditionaly, probably not. It was a great Quest and will still have deer adventures to come.
The purity of what is real drives me to become better. ﻿

Posted by Unknown at 7:13 PM 2 comments: Links to this post 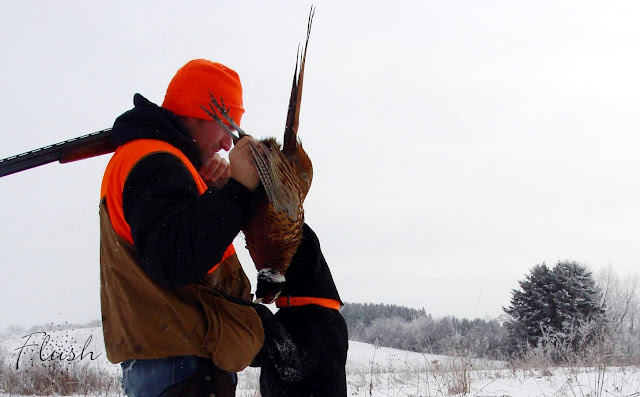 ﻿
The frosted landscape surrounded us as we marched through the new white powder. Fresh tracks of all kinds outlined the protruding cover. We lost ourselves in the white prairie.
I had taken the day off from The Traditional Quest. Dixie and I had a date. Not a movie and a dinner date, rather, a snow and a rooster date. While we searched for birds I couldn't 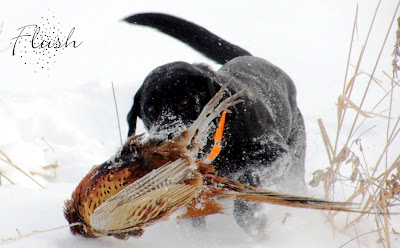 help being amazed by the landscape. Every handful of steps gave way to a new view. One of calendar quality. The grass may be flat, but life was amongst us.
Fresh tracks gave away the movement of all critters. Winding tracks crossed to and from any and all cover. You could see where the deer and birds had stopped and fed on berries. If you look at a spot like this long enough you can almost actually see them as if they were still standing in their tracks.
Surprisingly, the birds didn't hold as well as I had expected. We experienced blind flushes, the kind you hear and don't see. I love the momentary pandemonium they bring. Difficult shots make for great retrieves. This is exactly what we endured. Our faces were frosted and our spirits were high. The landscape was filled with, Dixie and I. 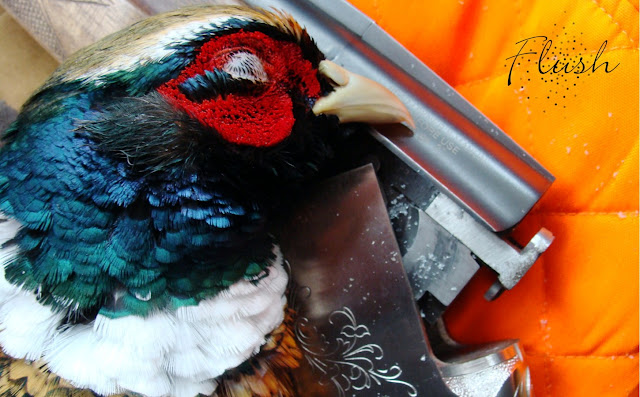 Posted by Unknown at 6:14 PM 5 comments: Links to this post