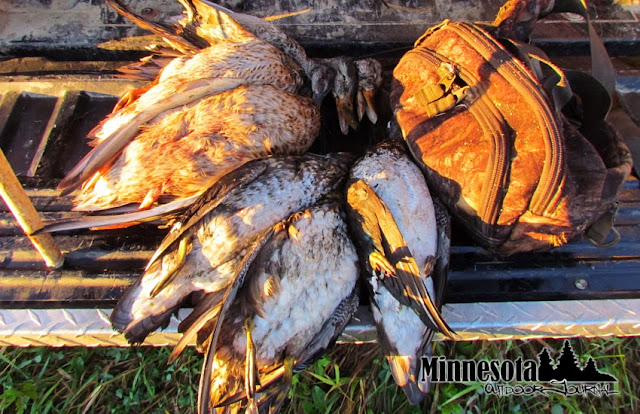 Pounded out a limit before sunrise. I have never seen this done before, but my dog had a double retrieve this morning. One mouth, two ducks. Glorious morning.
Full report to come after the weekend hunting is over.
﻿
Posted by Unknown at 12:32 PM 4 comments: Links to this post 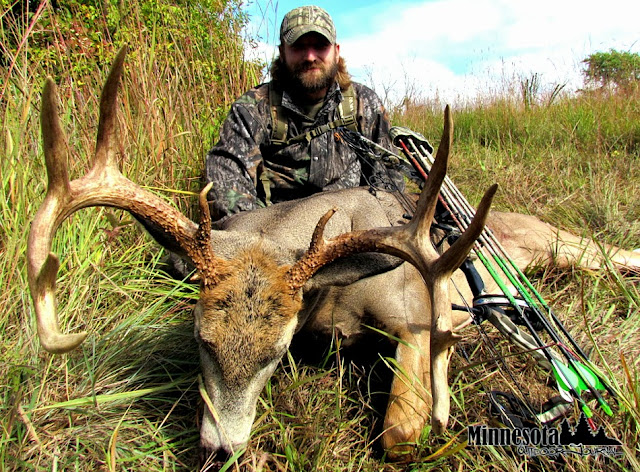 You will almost never hear me say this, I'm speechless.   Honestly, I just don't even really know what to say about the start of my season.   It almost feels like I'm dreaming, but I have the blood on my pants to prove it!
By September 16th I had already killed a beautiful black bear and a big heavy buck.   This is why I say speechless.   I am honored and grateful to have experienced these wonderful and unforgettable adventures.
After some folks on the neighboring property decided to end some insane firearms practice, deer movement began early.   A little tip for you to pay attention to next time when you're on stand.   If you have an evening that is windy and does not let up at sunset, it will be a good evening for movement.   Which was the exact case the evening King George got blasted form the missile launcher.
Does and fawns fed through well before sunset.   There were hitting the acorns very hard.   I had a very big producing oak right behind me.   It was extremely hard not to fill my antlerless tag.   Wow, they were asking for it.
Before darkness settled in I had shot King George at 9 yards.   I turned him inside out and he only ran 75 yards before piling up in the tall grass.   I still gave him a few hours just to be on the safe side with a hog like KG.   The blood trail was easy and the recovery was sweet.   I tore the grass off his rack like a kid opening a present at Christmas.   Just what I've always wanted!
He will be pushing 150" and dressed out at 224 pounds.   He was a tank! 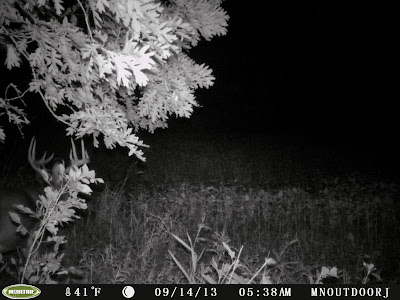 This is a trail cam pic of King George from opener weekend!
KG now rests at Minnesota Valley Taxidermy...
﻿
Posted by Unknown at 4:42 PM 4 comments: Links to this post 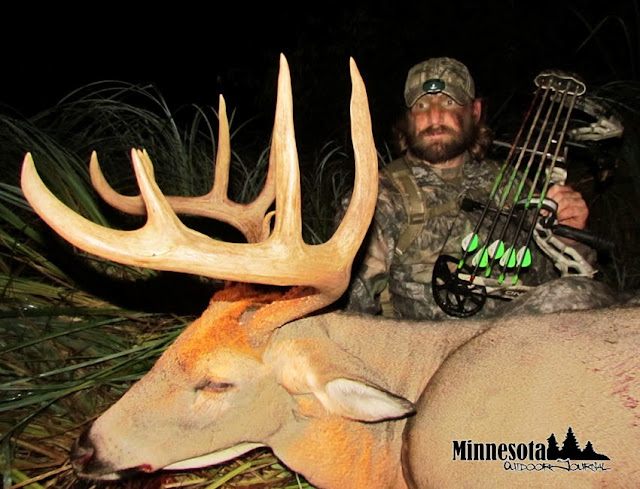 I killed a buck I named King George opening weekend of the Minnesota archery season.   He dressed out at 224 pounds!!!   Hog!!!   The story and more photos are soon to come.   I just wanted to give everyone a heads up!﻿
Posted by Unknown at 11:36 AM 6 comments: Links to this post