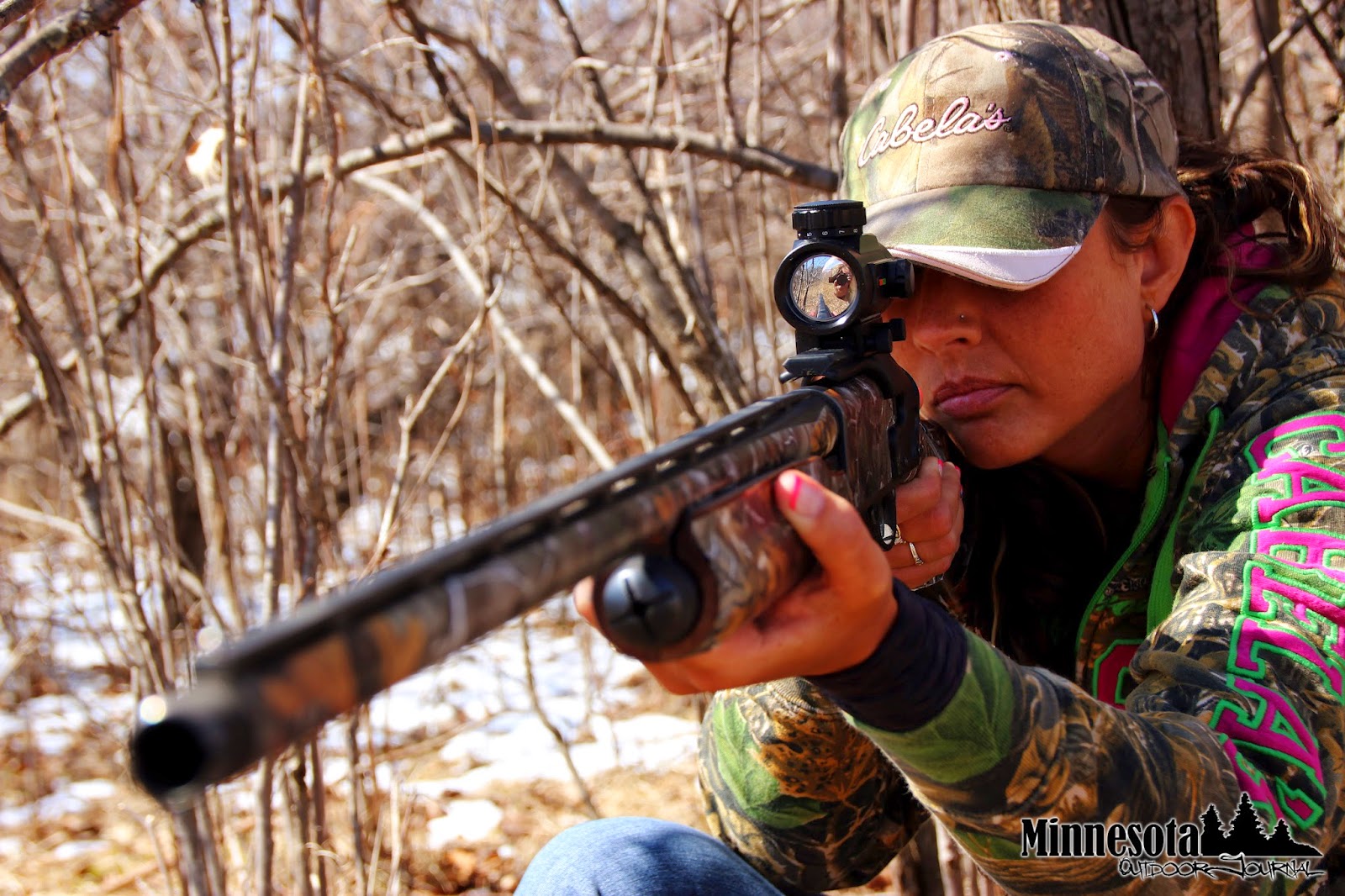 Everything that leads up to the moment of truth is the hunt itself.   Gear check and practicing are such an important aspect of the hunt.   Today we patterned our shotguns.   We got the red dot tuned in and punched some serious holes in the paper.
Don't just shot, pattern, and leave.   Set up some real as it gets scenarios.   You know, crouched down under some brush with only the turkeys head exposed through the grass.   Recreating realistic situations will help in such an immense way when the moment of truth finally does present itself.   Shot in different positions and at different distances.   If you're hunting with a partner get your system sorted out.   Go over what you'll say to give the go ahead, make some calling sounds, and so on.   Save yourself some money and just use printer paper and draw your own turkey heads for targets.   When Tommy is coming in, you'll be ready.
The boomsticks are dialed in, we are practiced up, and waiting to return to Nebraska. 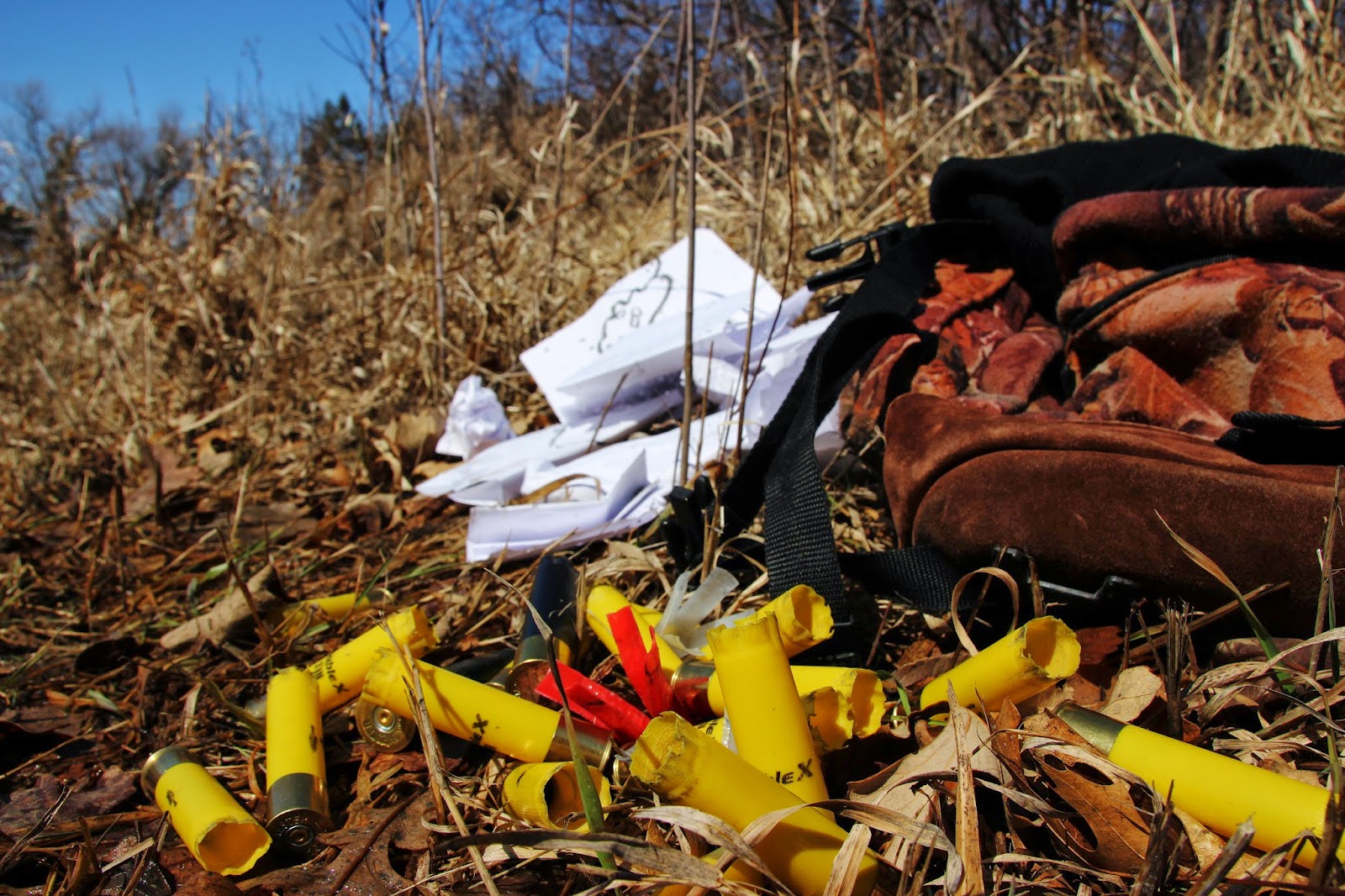 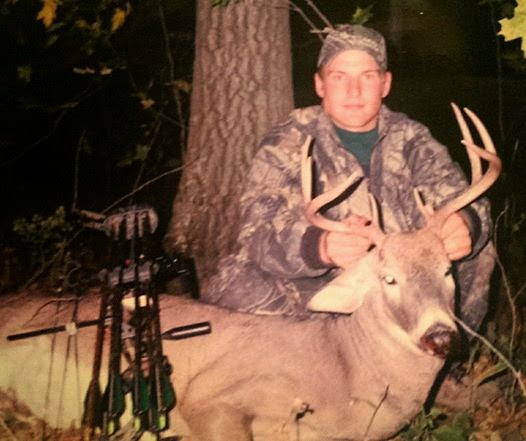 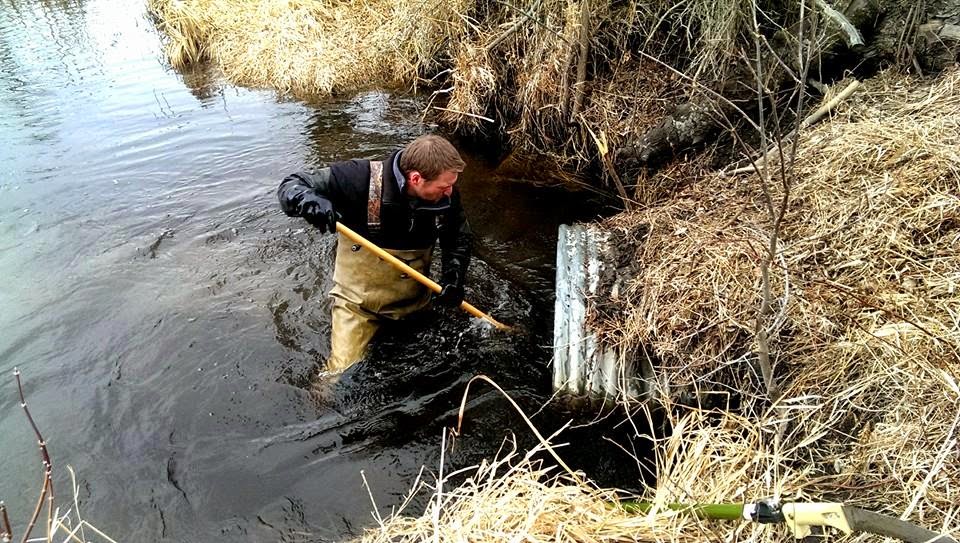 Unplugging our wetland water level culvert on our farm that the beaver blocked last fall. Getting ready for all the snow to arrive then melt all at once. Needless to say, this beaver is no longer with us. He will be on a beautiful willow loop amongst the other decor in my house. #savingwetlands﻿
Posted by Unknown at 6:34 PM 4 comments: Links to this post 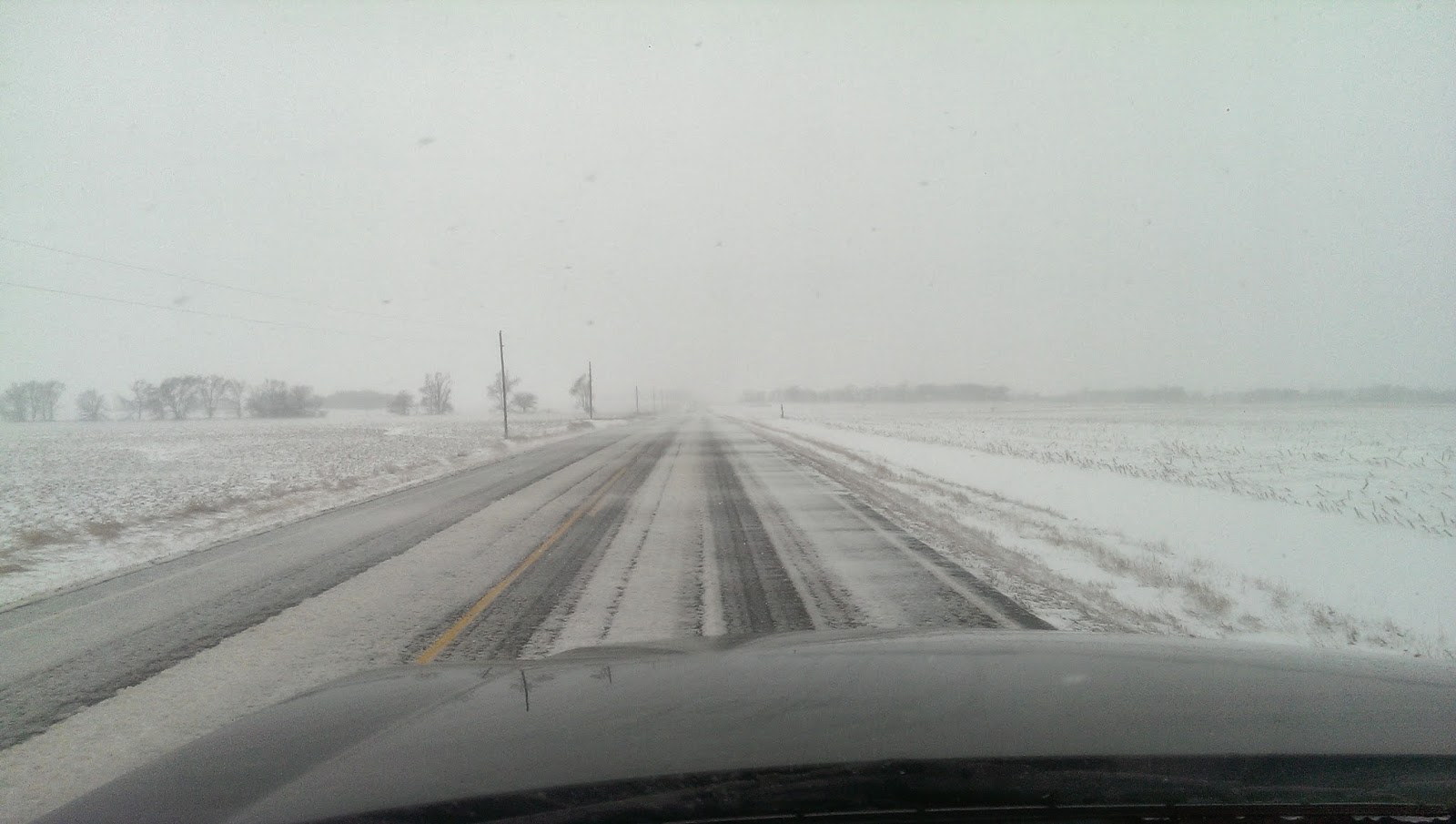 So, my first weekend in Nebraska for the archery turkey season was a bust.   This picture pretty much sums it up.   Dropping temps, rain turning to snow, and gale force winds.   Awesome for turkey hunting, right?   It was a long drive...
I'll break it down for you.   Thursday the front came in.   It was raining when I left here in Minnesota.   By Friday morning in Nebraska they had gotten about four inches of snow.   The temps were in the mid twenties for highs.   Saturday was more of the same.   More snow and cold temps.   Saturday morning gave way to a whopping eight degrees.   It did however warm up into the fifties, but it had strong southern winds.   Like blow the hat off your head kind.
The birds, well, were non existent.   I hope to believe the crazy winter weather had them holed up 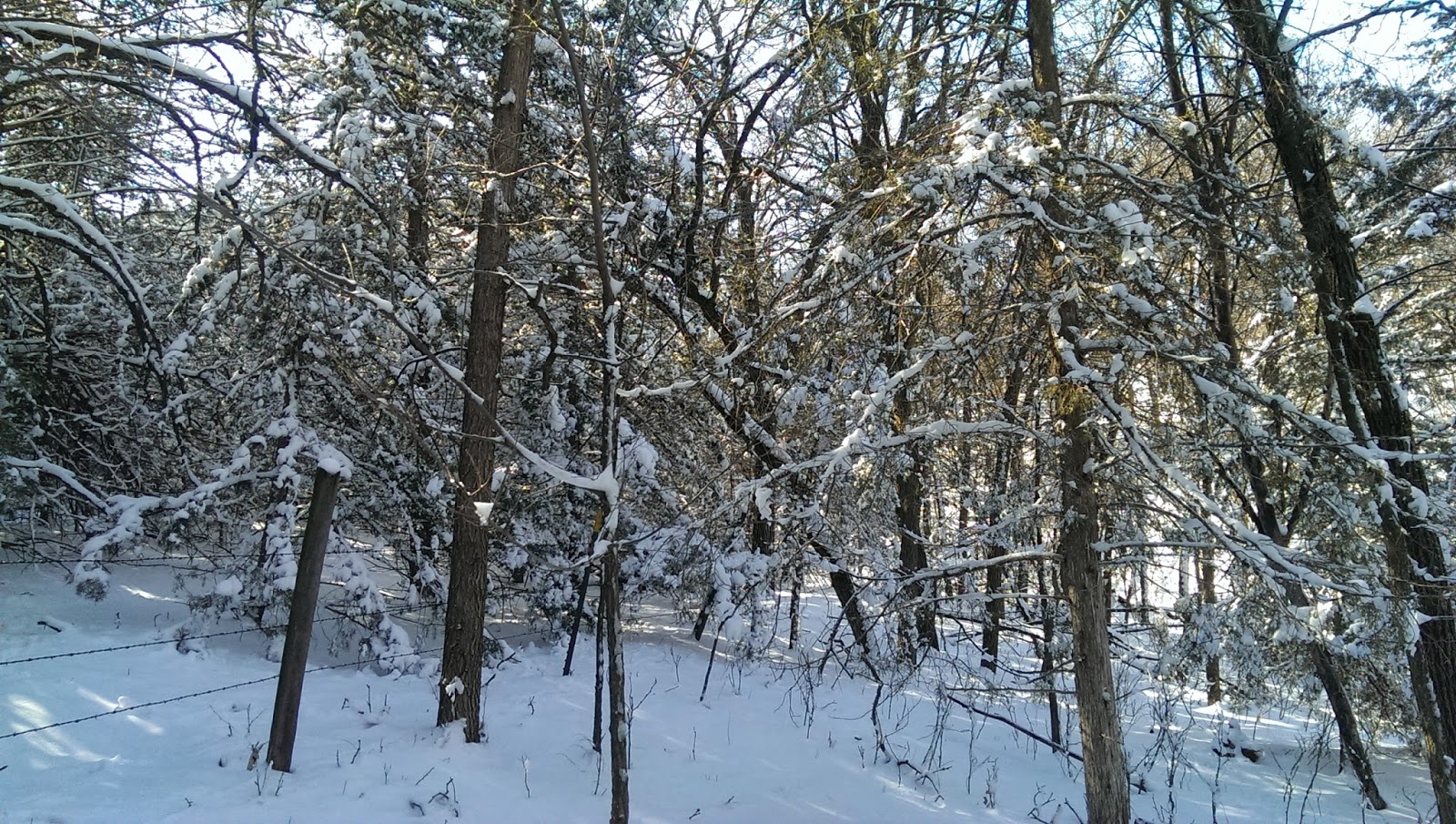 with no movement whatsoever.   I did not see much of anything other than a handful of deer.   There was a flock on the neighboring property.   I could only see them and they did not move one bit the entire time I was there.

It felt more like deer hunting late season then it did spring turkey hunting.   It was almost like January in Minnesota.   I just can't seem to get away from the death grip winter has on me.   I will continue my journey for a Nebraska gobbler next weekend.   I feel very defeated, but I will press on.   Hopefully, in better weather with more birds. 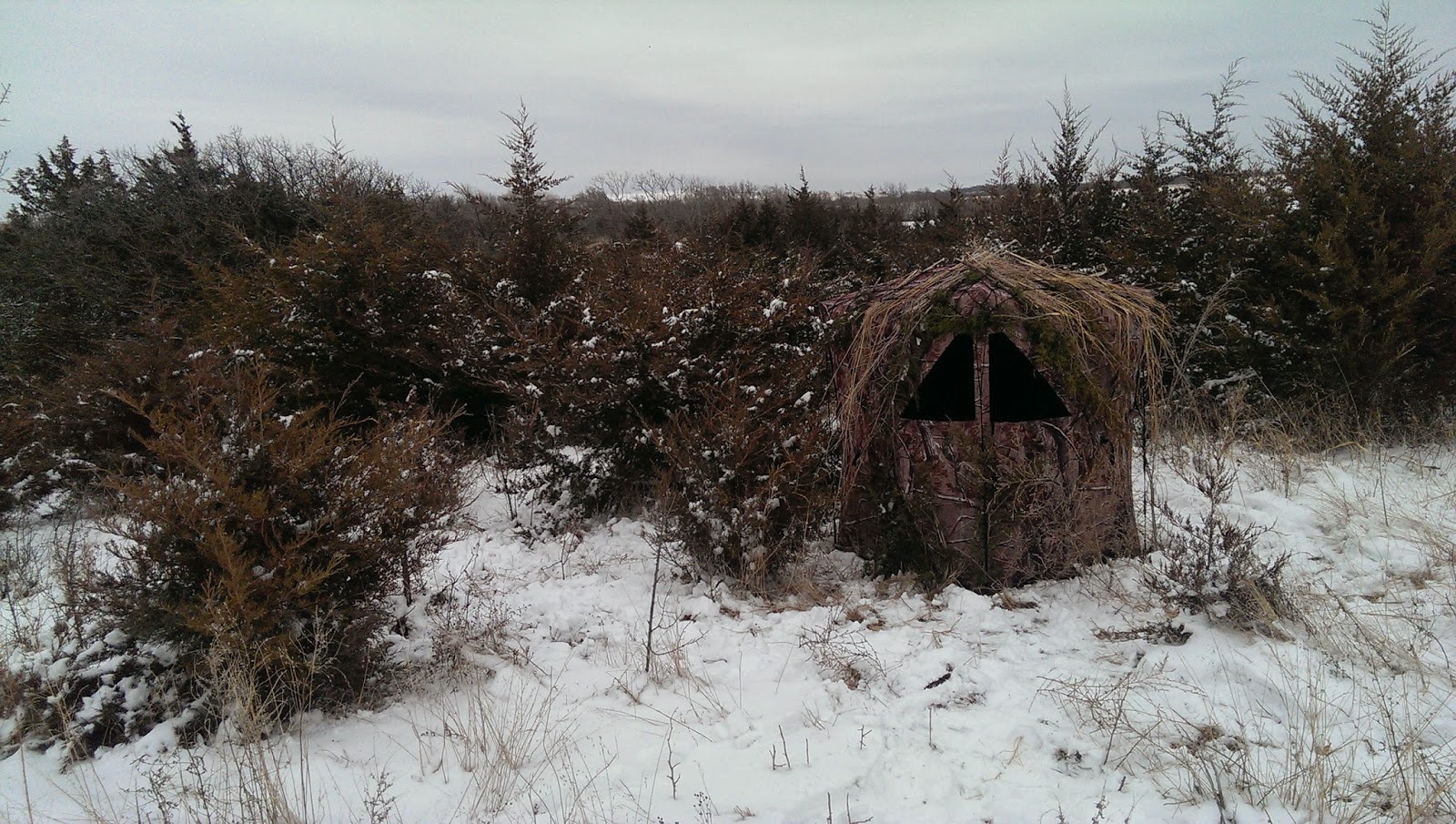 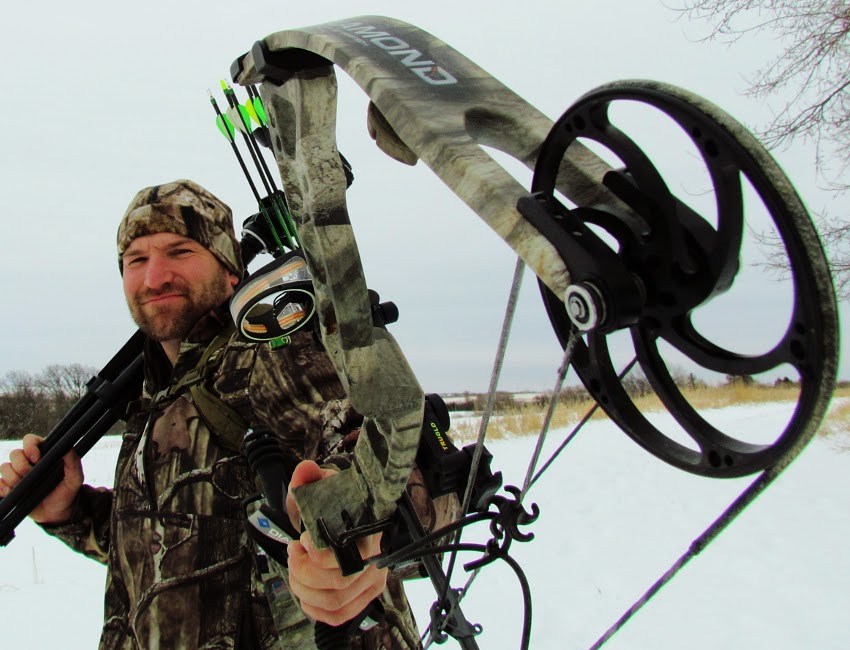 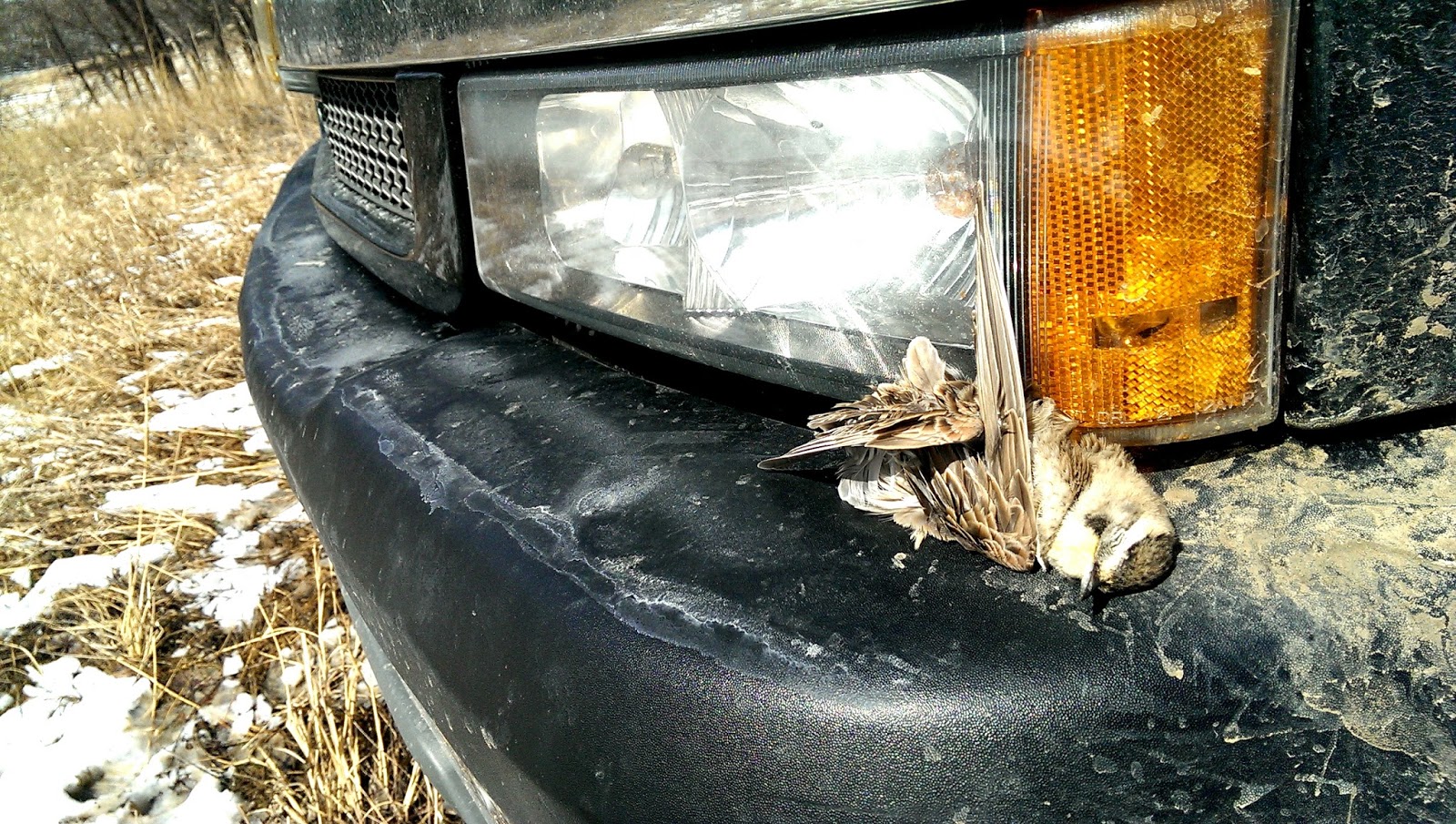 The only damn thing I killed in Nebraska. The truck has to eat to.
#badweather﻿
Posted by Unknown at 9:37 AM 4 comments: Links to this post