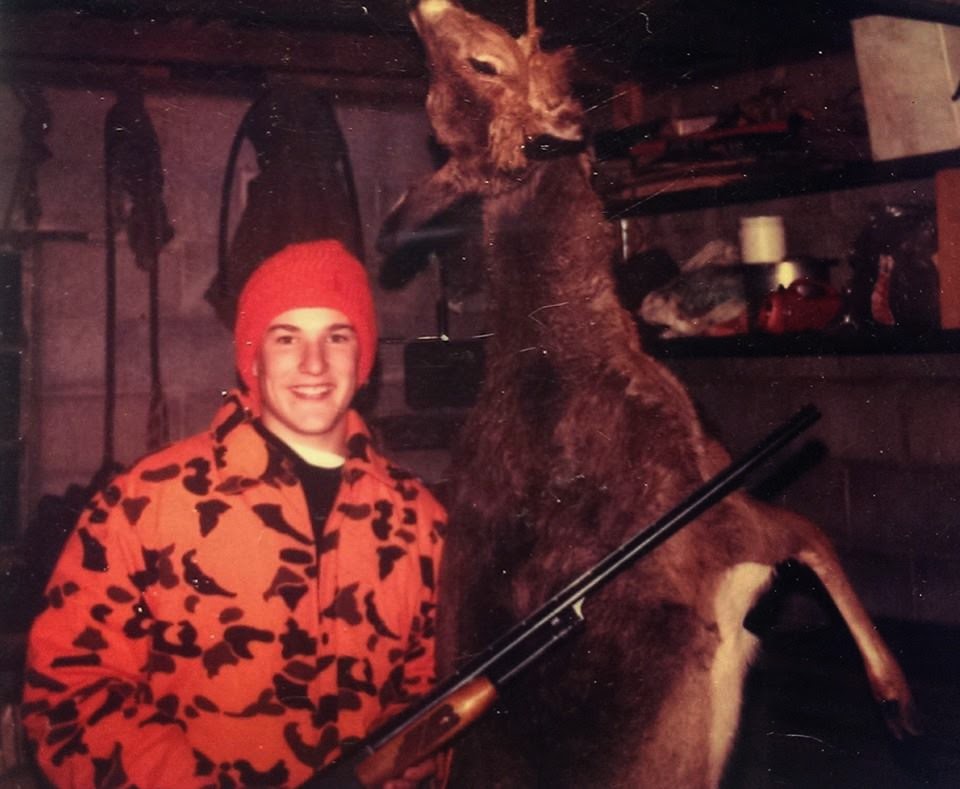 TBT: This is the one that started my obsession with Whitetails. I was 14 years old at the age when you can finally legally hunt by yourself in Minnesota. The last evening of the last day, I got it done. My Grandfather made this happen and told me I'll shot that deer millions of times in my head throughout my life. He was right. I miss him dearly. #throwback #missingmypa﻿
Posted by Unknown at 3:57 PM 2 comments: Links to this post

Email ThisBlogThis!Share to TwitterShare to FacebookShare to Pinterest
Labels: My Roots 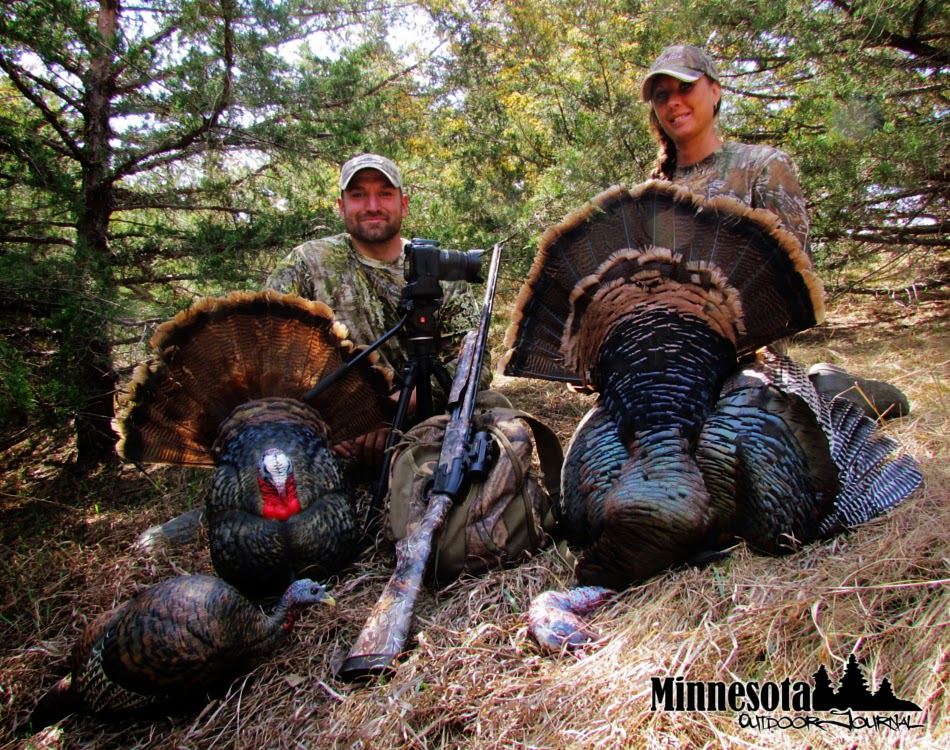 There is something to be said about crisp morning air filled with the sounds of a gobbling tom.   The sound that nothing can imitate.    The sound that makes your heart pound.   The sound that memories are built on.   The sound of spring.
Nebraska, always has been on my list.   This year was the year.   I researched, acted, and conquered.   It's one of those trips that isn't too far and doesn't empty your wallet.   If you do your research and put yourself out there private land is doable.   The tags are OTC, cheap, and plentiful.
As it is with spring, the weather was an obstacle to be reckoned with.   Only in Minnesota is just a myth.   Crazy weather is found elsewhere.    Opening day was 81 degrees and sunshine for all.   Sunday was miserable.    34 degrees and over 40 mph wind gusts.   Not to mention sideways snow for a couple hours.   It was rough.
Crystal had herself on hell of a first hunt.   You couldn't have written a better script to a turkey hunt.   An aggressive tom roost gobbling, runs to the decoys strutting, and a finale with a perfect shot to the face.   Dead turkey.   Her first ever.   21#, 7 1/2" beard, 7/8" spurs.   Merriam's Eastern Hybrid.   I got this kill on film and once our Minnesota season is over I will be editing a turkey episode for the Journal.  Pumped.
I did, on the last minute of the last day, kill a turkey myself.   Crystal was sick and had to stay back at the cabin we had rented for the last short morning before we left for home.   I had been spot and stalking a small flock.   Long story short, we finally caught up with each other.   Unfortunately I spooked the entire flock.   I picked the first legit beard I could identify and let the boomstick roar.   Turned out to be a very beautiful mature Merriam's hen with a 5 1/2" beard.   I couldn't believe it myself.   Yep, she will look good mounted along side my monster Merriam's tom.   More taxidermy bills folks!   Boom.
I can't give it all away so you'll have to stay tuned and hang tight until I'm done.   Minnesota season for my archery starts May 1st.   I will be filming.
To be continued... 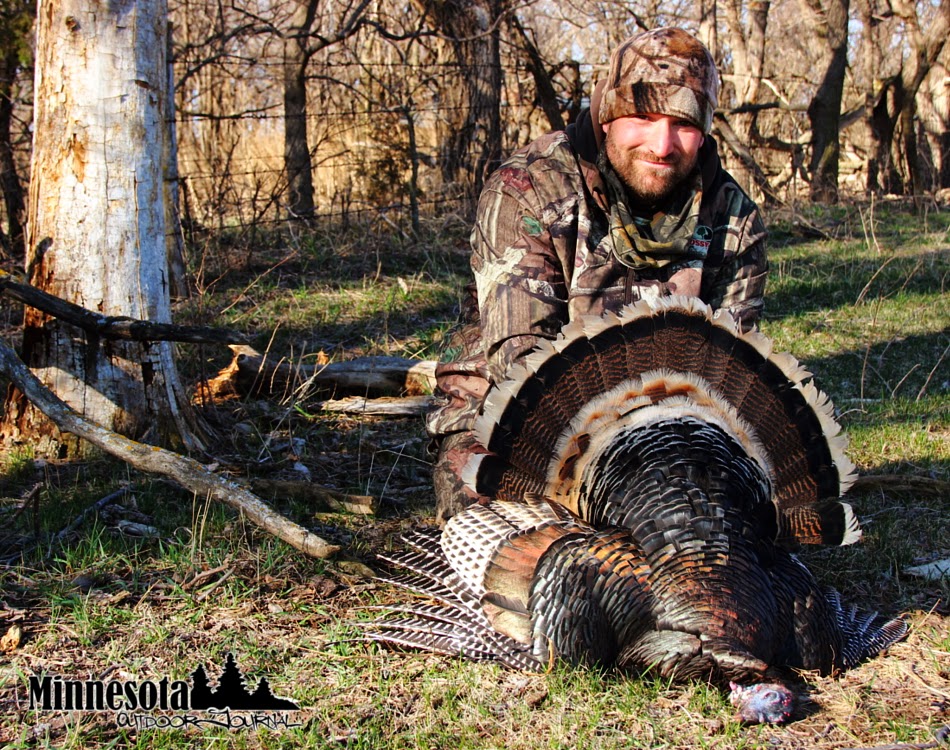