I am having a hard time talking or even writing about this, but I will do my best to give you all an update on my bear journey.
So far during this bear season I have shot, hit, and not recovered two bears.   Yes, you read that right, two.   Both with my longbow.   The first bear was shot directly into the shoulder.   I tracked the bear a ways into the night and returned to pick back up at day break.   I follow this bear with marginal sign for approximately a half mile.   Through swamps, low fern areas, up steep grades, down ravines, and lost all sign at the mouth of a giant tamarack swamp.
I am confident in saying that this bear will live to feed once again.   Most of the sign was on the sides of brush and very little on the ground and there was never an area where the sign was more significant that the other.   I shot this bear at last light and I did not get the shot on film, which just added salt to my own wound.
I regrouped and shot and shot and shot and shot and shot.   I got my mind right and my confidence was there.   I was ready to saddle back up.   A few days later I was given a second chance.   The second bear came in early and I took my shot.   I hit this bear back and low.   I am rather high in the tree and close to the bait at this station.   This gave me a very drastic downward angle for a shot.   My arrow did not travel through the entire side of the bear due to the low shot placement and steep shot angle.   The arrow pulled through very low on the opposite side of the bear about 15 feet for impact.   I tracked this bear with very minimal sign for somewhere between 150 to 200 yard and ran completely out of sign.   I radius searched the area afterwards to no avail.
I am sick, ashamed, depressed, and heartbroken.   I love this tradition will all my worth and would do nothing to damage its purpose.   I have, and still am, going through so many different emotions.   I have yelled and I have cried.   Yes, I have shed tears.   I worked so hard for these moments only to not keep it together and hold up my end of the bargain.    One time is hard enough to deal with, but two times back to back is almost more than I can handle.   Lord knows I have practiced and trained and practice and trained some more all summer for this.   I can shoot my distances and angle well.   Both bears were inches from a vital shot.   This has been my dream since I learned of traditional archer, a longbow bear.
I feel riddled with failure.   Even worse than that, I feel like I have let everyone including myself down.   I take this very seriously.   I have made the decision to keep hunting, but I am not sure what to do.   I have talked to many people to help me deal with this situation, fellow long time archers.   Do I continue the season and press on with my longbow? Or, do I give the longbow a rest and shot more with it and try to get some antlerless kills first and try again next year and finish my season out with my compound?   I shot about 100 arrows out of the longbow yesterday and shot very well.   The problem is, the thought of not recovering another bear scares the hell out of my and I don't want to shoot until I can learn to rid myself of that feeling.   As of now, I'm leaning towards continuing with my compound.   I would have to say getting a third opportunity would be nothing short of a miracle, but I must press on.
There are not many left on earth who still actively hunt with traditional gear now days and I know these situations are partially why.   I just am fascinated with traditional archery.   After all, it is call traditional.   The real way, the raw way.   Pure archery.   I apologize to those who love the arrow as much as I do.   I am going to take some time to deal with my situation and press on.   I will make a 2014 bear episode and you will see the hit on the second bear.   May the bear gods be on my side and perhaps you will see me harvest a black bear yet. ﻿
Posted by Unknown at 4:07 PM 4 comments: Links to this post 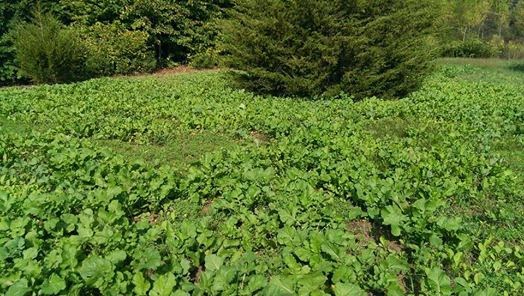 The kill plots are coming along.   Who's going for archery opener this weekend!?!?
#Whitetails﻿
Posted by Unknown at 3:42 PM 6 comments: Links to this post