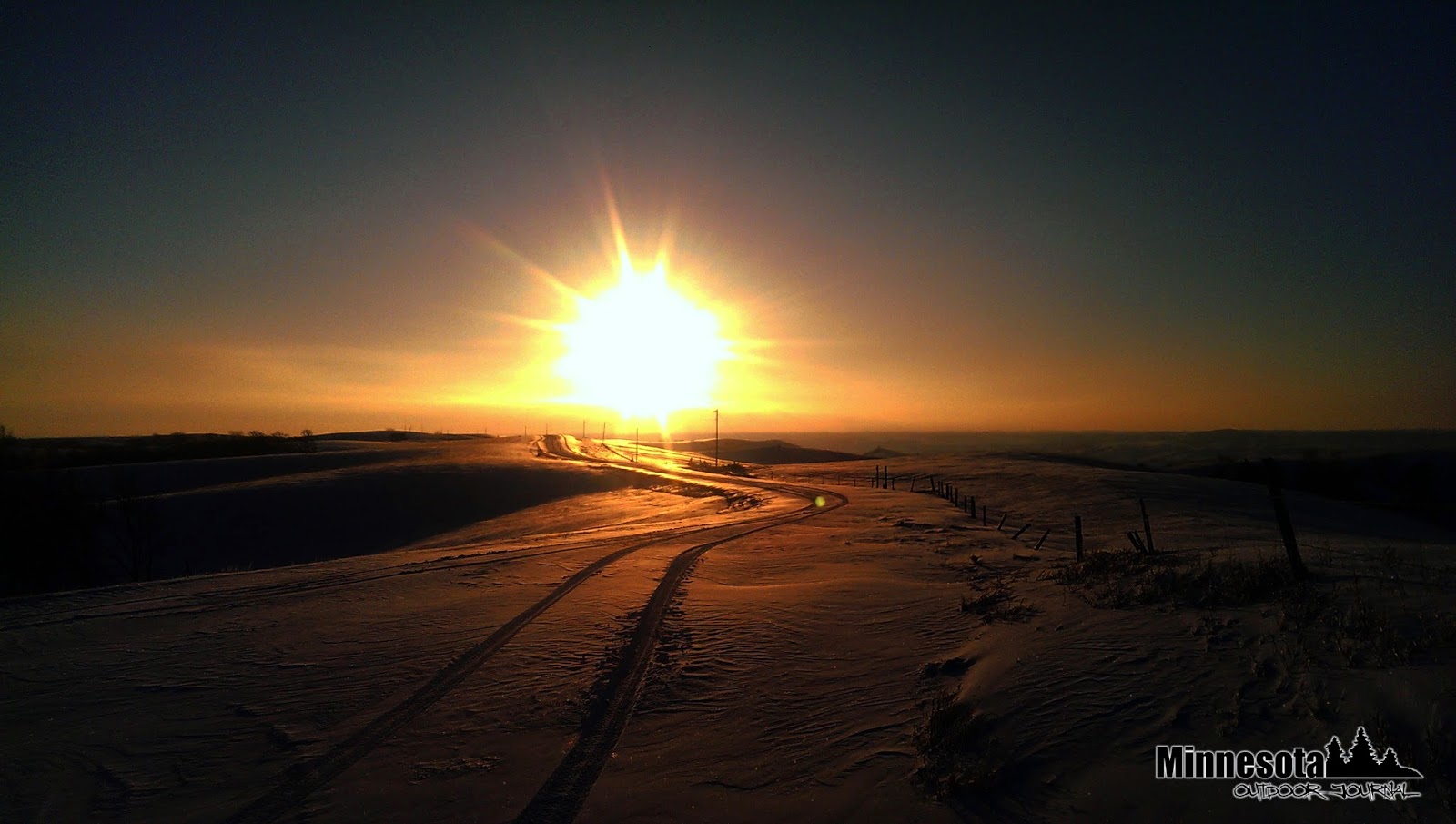 My first snow covered Nebraska sunrise.   Isn't it spectacular?   There was a certain type of serenity on top of that ridge.   This is where the road ended and my walk began.   My walk into the promise land.

Last five days of the season.   I've never hunted whitetails in Nebraska.   I've never hunted with a muzzleloader.   I had no idea what to expect.   The weather was, well, perfect.   A fresh blanket of snow covered the already beautiful landscape and temps dropped.   Fresh tracks and deer needed food.   Perfect scenario.

Each day I used the morning for scouting and the evening for hunting.   The fresh tracks which exposed recent movement really were key.   A picked cornfield was without a doubt harboring the most activity.   This is were I put the just of my focus.

After each evening of movement I would adjust my plan and position the following morning.   The day before my final move I had an encounter with a damn fine buck.   He skirted outside of my range and covered ground quickly.   I took an aggressive approach, but needless to say the buck was alwasy one ridge ahead of me.   Yep, the big one got away. 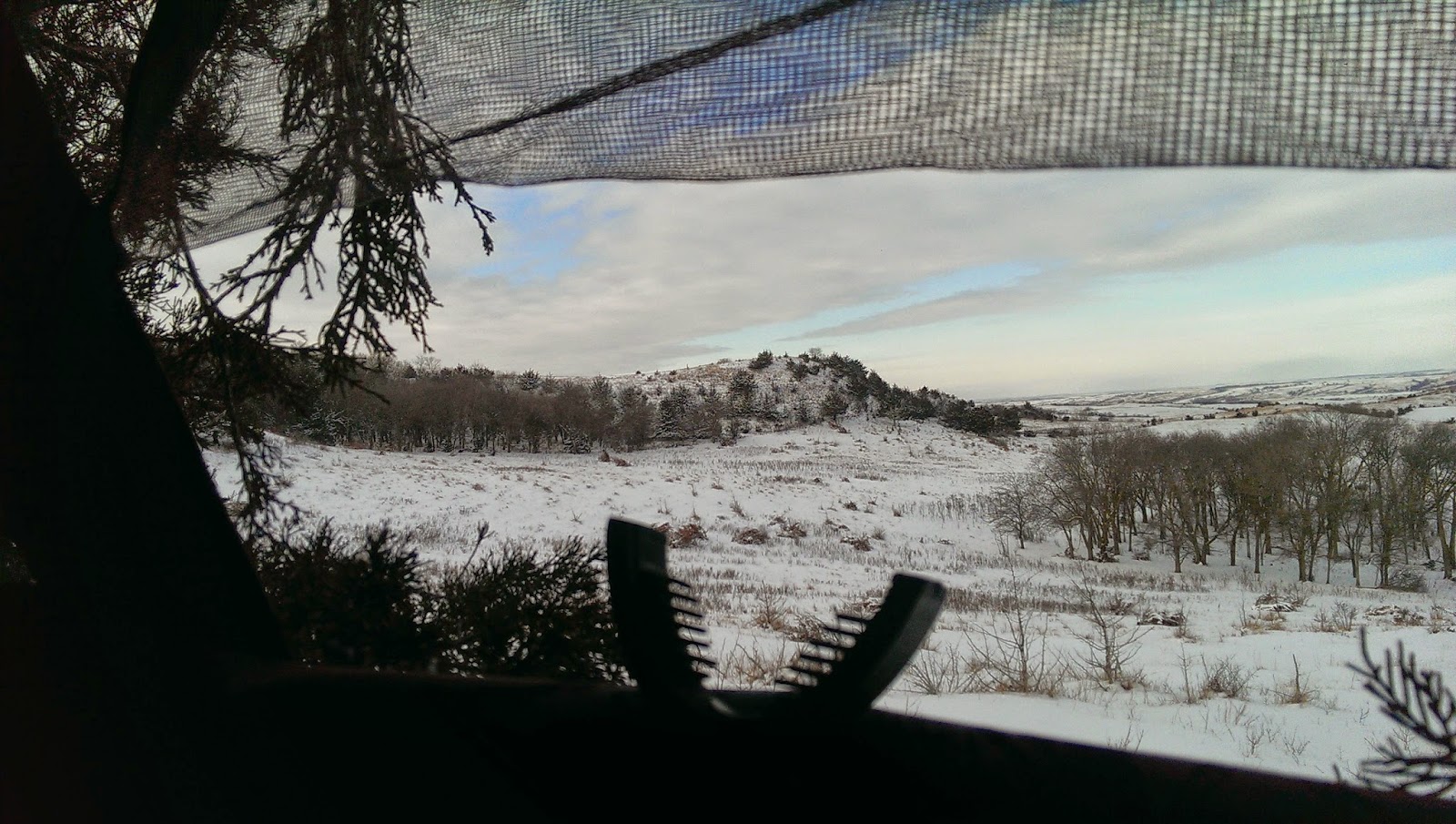 With wind chills nearing -30 degrees I need the ground blind to shelter me from the arctic breeze.   Carrying a blind and the rest of my gear nearly a mile down a drifted in road was a sweaty and tiring one at that.   With my final move I felt like I was finally in the best position.   I positioned myself ever so strategically between a large bedding valley and the cornfield.
It's funny how, in such big country, these deer don't spend time in the largely open bottoms.   The
poke their noses out and run for the next available cover.   The first deer of the evening was a young do who ran past the blind at a mere 20 yards towards the food source.   A while later another more beefy deer took nearly the same path.

Upon deciding that he was indeed old enough and that I was going to shoot, my heart about exploded.   This might just happen after all!   I stopped him at 70 yards and the filled the air with smoke.   He buckled, did the death shuffle for 50 yards, and fell to his demise.   It was unbelievable how fast it all went down.  From sitting there wondering which body part was going to freeze off first to fist pumping over my first muzzleloader buck.

Getting this buck out was a whole adventure all it's own.   I did manage to drag my new trophy to the top of the ridge, which nearly was the end of me.   Only a mile in knee deep snow left to go.   Shoot me now.   Suddenly things became much better when the landowners figure appeared walking down the ridge.   Thank you sweet Jesus!

It took two of us 6 hours to get ourselves, all my gear, and the buck back to the trucks.   I couldn't believe we made it and I could believe my tag had been filled.

My advice to everyone is this, go on that trip.   Enjoy yourselves and the outdoors.   Do your homework and pay attention to sign.   I've had an outstanding year here at Minnesota Outdoor Journal.   Home of the best fans and followers in the entire world.   Thank you for making what I do so rewarding.   The Journal is for you.   May a wonderful new year filled with adventures of great magnitude find us all.   Save the wildlife and shoot straight! 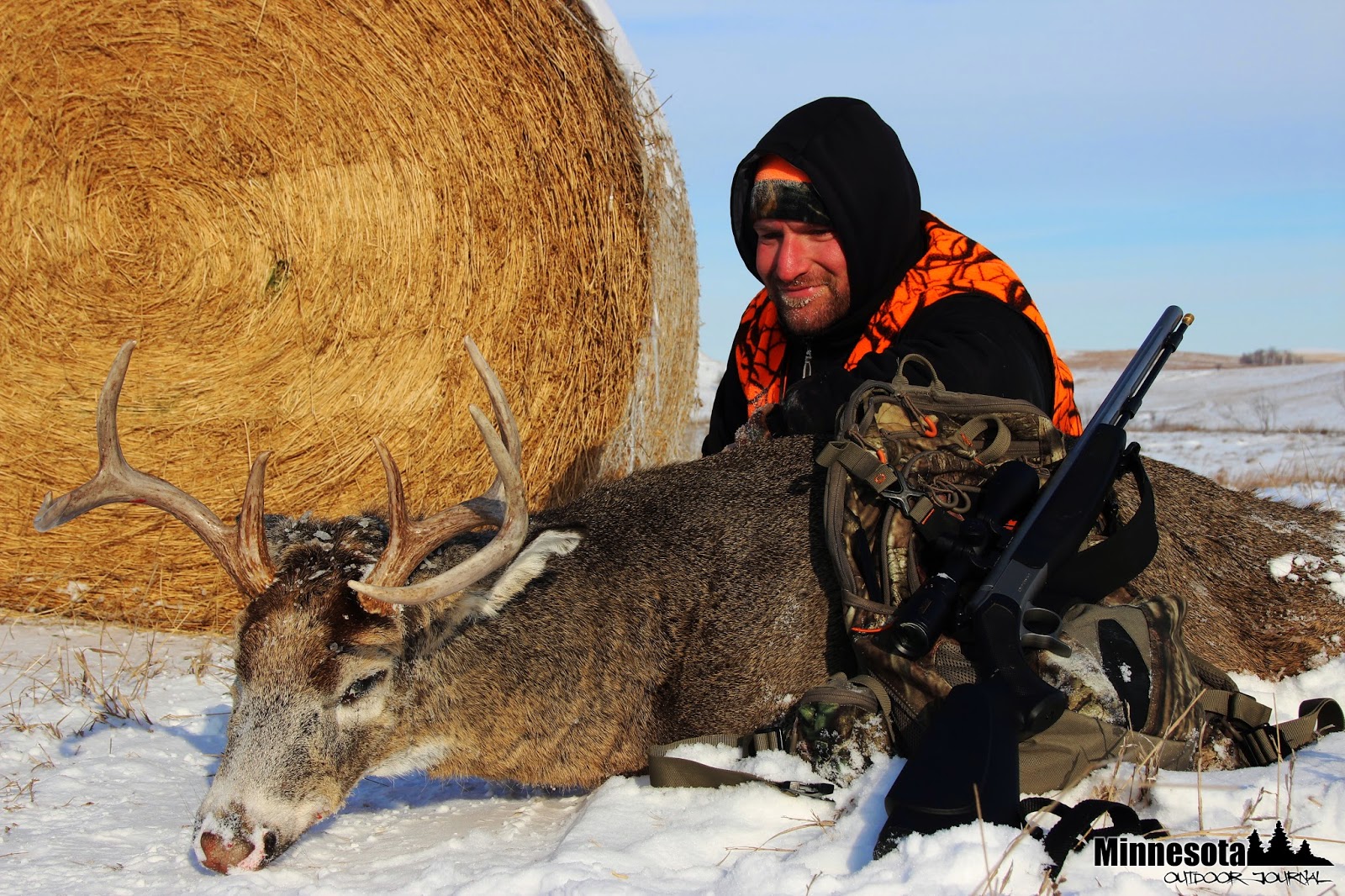 A very special thanks to my friends in Nebraska.
Posted by Unknown at 5:20 PM 4 comments: Links to this post 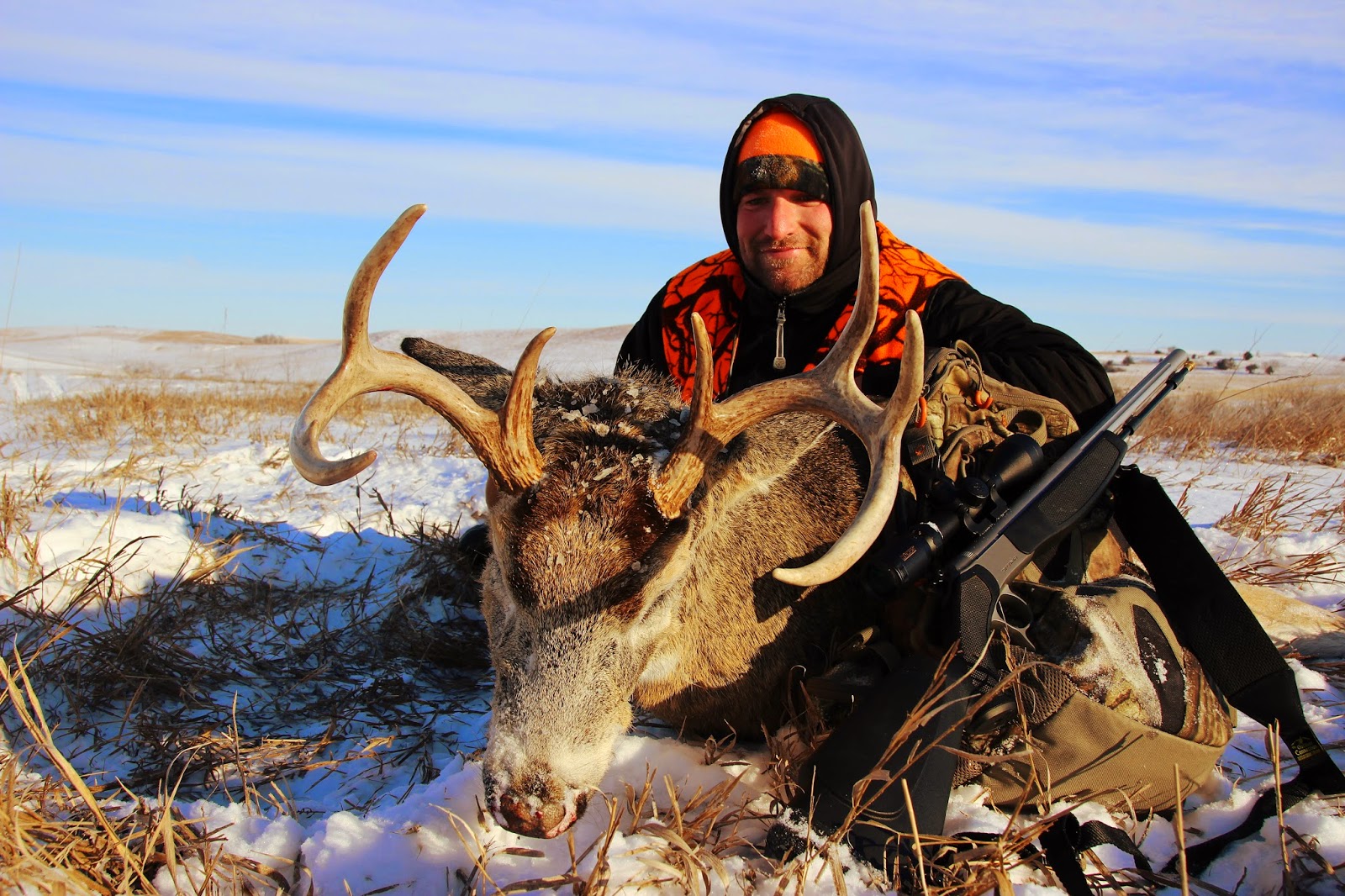 I got it done with Old Smokey in Nebraska.   One last push.   The story and more photos are soon to come!   I just walked in the door...
Posted by Unknown at 4:11 PM 5 comments: Links to this post