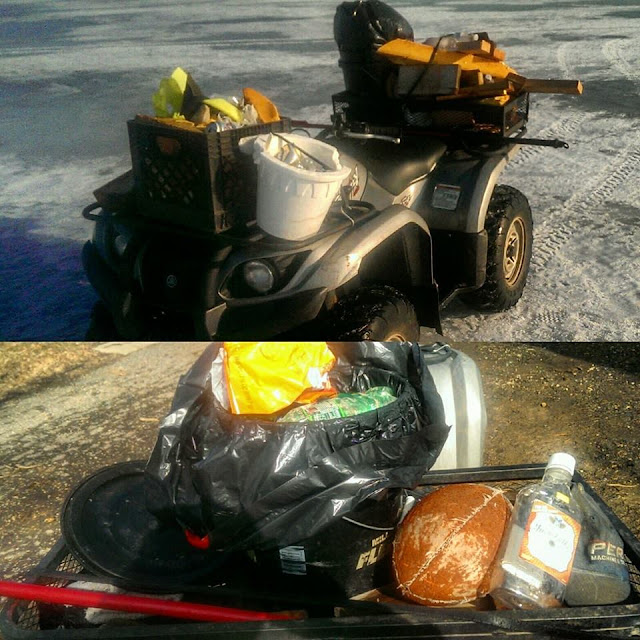 So, after spending my weekend picking up trash on three of my hometown lakes I've put together my observations. Before I get started I must say that I am in no way insinuating anything or pointing fingers. These are just my true unbiased findings. Lets get started.
The items I found the most both had to do with either alcohol or tobacco. Beer cans and bottles where everywhere, along with some liquor bottles. Cigarette butts covered the lakes, along with lots of cigarette packs and cigar wrappers.
The second most found items where things that had to do with human poop. Poop itself and toilet paper and paper towels were literally everywhere. Along with many poop filled plastic bags.
The third most found items were items related to fish houses. Tons of blocks left in the ice from blocking up houses. Lots of fish house pieces such as foam, large pieces of rubber roofing, hole cut outs, knotty pine, furniture pieces, candy bar wrapers, borken plastics, fishing line, etc.
The fourth most found items were random trash items. Minnow buckets, tackle packaging, food wrappers, propane tank plastics, plastic bags, cups, plastic silverware, etc.
Here's a list of some of the more unusual items I found.
-an old ratty football
-lots of beef jerky
-fish left behind
And the most unusual award goes to the two completely soiled adult men's underwear. I found one pair of pooped undies on two of the three lakes!
The three lakes I cleaned were Shields, Roberds, and Mazaska. Roberds was the worst.
I found a good handful of receipts. The majority of receipts were from stores in the metro twin cities area.
Perhaps the DNR could run trash barrels in the winter at the accesses like they do in the winter. And post some large no littering signs with penalties. At least to help come some of this crap off the ice!
What I've taken from this Project. (besides massive amounts of trash)
After all the houses are off the lake and the snow is gone months of trash is exposed. It's absolutely heartbreaking to see it when you go looking for it. It's overwhelming in spots. You honestly don't know which way to go there is so much of it. I'm not going to lie, I shed a few tears Saturday. I grew up on these waters. I learned how to fish. I learned how to be passionate. I learned a lot about myself and what I'm capable on these waters. The disappointment as you're chopping someone's trash out of the lake is, well, you really can't explain it. It makes me sad that the very same people enjoying these resources are the very same people polluting them. But, the worst of it, for me, is the fact that we're not the ones its affecting the most. The fish, the aquatic wildlife, the aquatic vegetation, the birds, and the wildlife are the ones who suffer the greatest. These resources are not merely here for our entertainment and enjoyment. These fisheries and aquatic environments are very special resources that need very special attention. They are one of, if not thee greatest, things Minnesota offers us. Let's all work a little harder to take care of these waters the way they take care of us. We are stewards, so lets act like we are. To those who pick up trash and keep things as they should, my hats off to you. Now get the boat ready, because the ice isn't going to last long!‪#‎conservation‬ 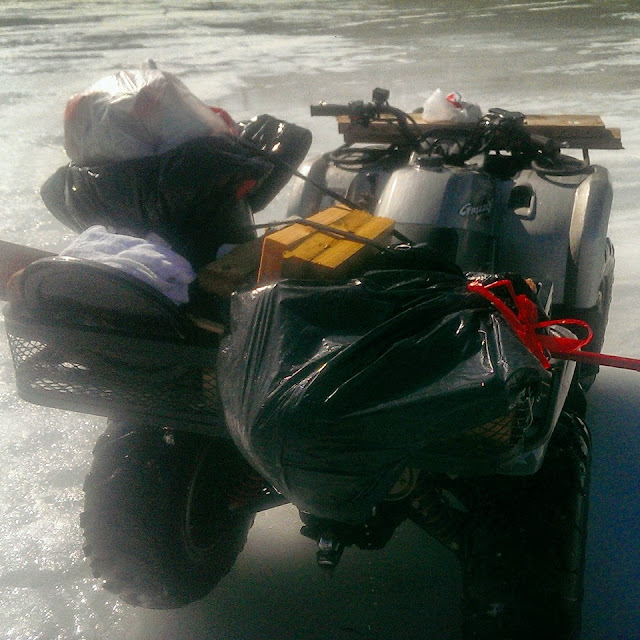 Posted by Unknown at 5:29 PM 6 comments: Links to this post